Building A Culture
of Thinking

Children grow into the intellectual life around them.
Vygotsky

Building A Culture of Thinking

Children grow into the intellectual life around them.
Vygotsky

A Culture of Thinking in the Blogosphere

The conversation on this blog clearly demonstrates the thinking moves and language of the culture of thinking that has been growing in this classroom throughout the year:

http://msoriordan.weebly.com/student-blog.html   (Scroll down to the blog about the book Wonder.  Click on comments).

I was invited into a classroom where the class had done the Sentence-Phrase-Work routine with an article about MIchigan History. To debrief, students were in groups of 4 and followed  Micro Lab Protocol procedures which ensure that every student has a voice.  At the end of the protocol, each group was asked to report out the big idea that came up.  The big ideas as well as themes that did not come up in discussion were reported and recorded.  The insightfulness of the themes and ideas that emerged led the teacher to continue the discussion with the question, "

Ron Ritchhart has identified eight cultural forces in the classroom that send messages about, as well as shape, what is valued in a classroom.  The cultural forces are:  physical environment, expectations, routines and structures, interactions and relationships, language, time, modeling and opportunities.  As Visible Thinking structures and routines become more prevalent in  your classroom, these cultural forces begin to change to reflect the value placed on thinking and understanding.  Below is a list of the cultural forces with classroom characteristics that might indicate growth of a culture of thinking. 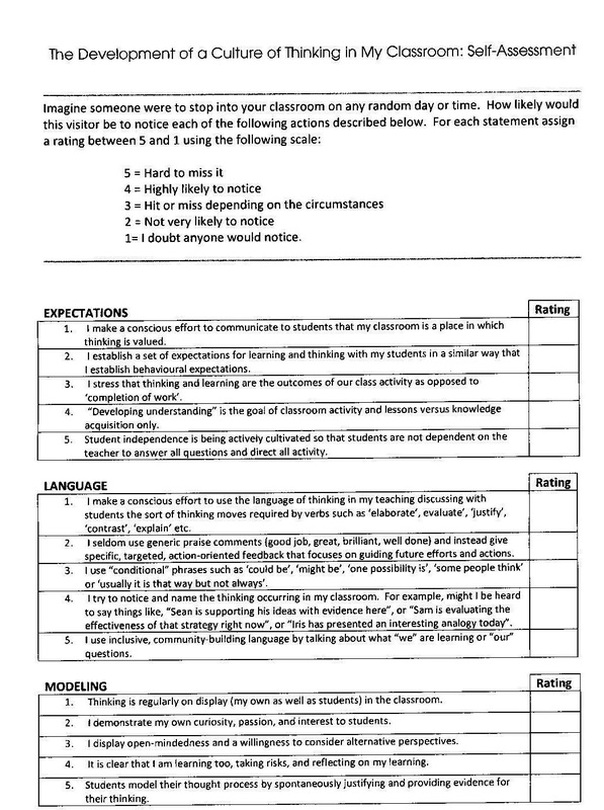 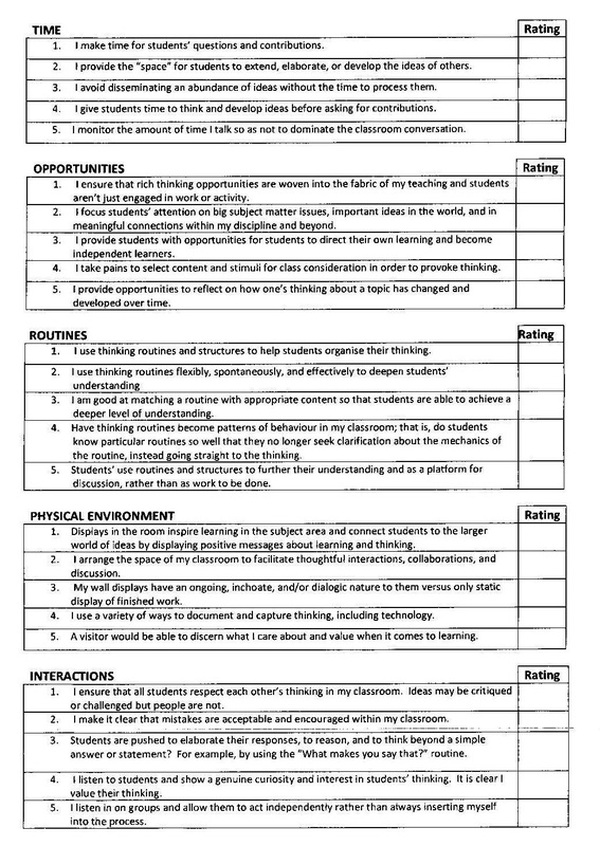